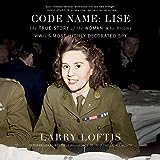 The year is 1942, and World War II is in full swing. Odette Sansom decides to follow in her war hero father's footsteps by becoming an SOE agent to aid Britain and her beloved homeland, France. Five failed attempts and one plane crash later, she finally lands in occupied France to begin her mission. As they successfully complete mission after mission, Peter and Odette fall in love. All the while, they are being hunted by the cunning German secret police sergeant, Hugo Bleicher, who finally succeeds in capturing them. Loftis paints a portrait of true courage, patriotism, and love of two incredibly heroic people who endured unimaginable horrors and degradations.